If earlier than 15.6 weeks go to Early Abortion to 15.6 weeks | If you are further along, keep reading…

If you are over 15.6 weeks or later into your pregnancy, we can still HELP you, regardless of your medical history or background. We do not require any particular “reason” for you to be seen here – if you would like to terminate your pregnancy, we will support you in that decision.

How We Can Help

You must schedule an appointment and come in for an evaluation and speak with one of our compassionate counselors.

Abortions performed in the middle months of pregnancy is a significantly different procedure from the first trimester. Although there are similarities, as pregnancy progresses through the second trimester, the surgical abortion procedure used requires greater time, skill and entails somewhat greater risk, though still significantly lower than carrying a pregnancy to term.

The essential difference is that the cervix must be dilated to increasing diameters with increasing stage of pregnancy.

Dilators are basically stalks of material that absorb water and expand once placed inside the cervix. Once they have been inserted they are left in place anywhere from six hours to overnight. The result is that the cervix is both dilated and softened with little risk of the damage that might occur if wide dilation were to be attempted with mechanical dilators.

In more advanced stages of pregnancy, varying from 20-23 weeks and beyond, dilatation is generally accomplished in a serial fashion. This involves the insertion of a number of osmotic dilators for 6 or more hours to Dilate (“D”) the cervix adequately to insert 10 to 20 or more osmotic dilators, followed with the Evacuation (“E”) of the uterus the next day, known as D&E.

This stage of surgery, similar to the first trimester procedure, is usually performed under sedation combined with local anesthesia. The fetus and placenta are generally removed with forceps and followed with suction curettage to remove debris. Sharp curettage may or may not be performed as a final step.

In the second trimester and beyond is induction of labor. There are a variety of procedures available to accomplish this end, but in general, they all involve stimulating the uterus to contract much the same way as it does in a spontaneous term labor. This approach would seem at first to be ideal since it may involve no instrumentation and is totally natural.

In reality, however, the uterus is frequently very much disinclined to labor at these early stages, and even when it does, the cervix may be very disinclined to dilate. There are a variety of options for “induction”. 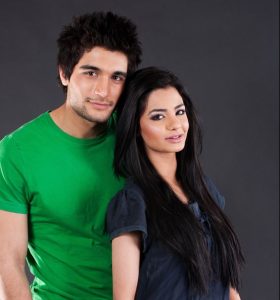 The technique currently most commonly used involves a group of drugs called Prostaglandins. These are administered either in the cavity of the uterus by injection or in the vagina as a gel or suppository. These may be used in conjunction with osmotic dilators as well.

There is some controversy as to which of these techniques is the safest. Most available data suggest that prior to 20 weeks gestation, D&E offers greater safety and efficacy. Beyond that stage, there is probably inadequate data to prove either is superior.

We believe that experience is the primary determinant of safety in this stage. In experienced hands, we believe that D&E is preferable. It is more predictable and entails less serious risk. The final alternative is “hysterectomy” which is basically an early cesarean section.

This procedure is best reserved for situations where emptying the uterus by the vaginal route is not possible. It has the disadvantages of greater risk, greater pain, greater recuperation, higher cost, and perhaps of greatest significance, it precludes future vaginal birth.

“I wanted to reach out one last time and thank you for your kindness and the staffs kindness my entire time being in the clinic. I’ll never be able to explain how much it meant to me to feel comfortable and cared for, I never felt like a burden or hindrance and it made the experience a lot easier to handle both emotionally and physically. I was so terrified before I was able to talk to you and meet your staff and after leaving, I would recommend this clinic to anyone. Thank you so much again. "

“Went today for the first time and loved it. Beautiful office, very professional. I got an abortion and was very scared and nervous but they made me feel very comfortable. I would give this more stars if I could. I am going to recommend this office to other people.I will be making this my primary Doctor. Thank you!!"

“This office is amazing! After running around Florida to find a good doctor, this is where we finally went. They were very accommodating to my financial situation. They were sensitive to my pain tolerance as well as emotional. "

“I had the best experience in this office. They have a Friendly staff and a great doctor. I will be making this my primary office. Thank you."

“My girlfriend got a colposcopy here and we really recommend this clinic. Personnel is helpful and the doctor answered all my girlfriend questions. He is a really good doctor and also the rest of the staff is great."

“Hi Everybody!! This is an amazing clinic. We all care about the Doctor being good, well all the Doctors here are great and have years of experience. The staff is respectful, attentive, cooperative, and very helpful. The clinic always look spotless. I would recommend this clinic with my eyes close!!! I love them."

“I was an emotional mess and everyone in the office made me feel comfortable. Very clean facility and friendly staff."